How Black Twitter Phenomenon Is Actually A Joke In Itself! Blacks Don't See It

Black Twitter perpetuates the ideology and philosophy that black people do not have it together enough to go to a black website and interact with each other on such media. No wonder this phenomenon has begun in the United States. Feminista Jones has described Black Twitter as a community as "a collective of active, primarily African-American Twitter users who have created a viral community"... on the white owned Twitter  network. Let me point out that the website is not black owned or controlled by any black people and has a zero percentage of catering to the black community.

I often wonder myself, when will black people get it. Though their presence is appreciated on the billion dollar website, Twitter should thank these people for ensuring that the network stays as viral as it has. Studies were done in 2013 by the Pew Research Center that proves that a staggering 26 percent of African Americans who use the internet use Twitter. This is interesting since the same study shows that only 14 percent of white people who use the internet use Twitter. What's further interesting is that 11 percent of African Americans who use Twitter say that they use Twitter at least once a day. Only 3 percent of white users say they use Twitter once a day. 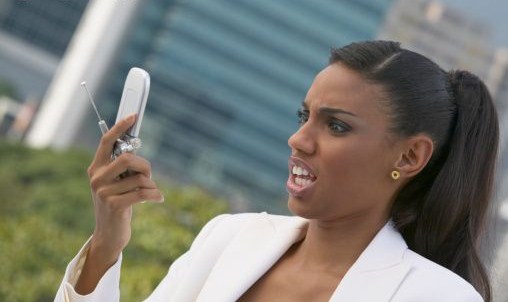 African Americans seem to be addicted to Twitter. So much, they have created their own culture on the website called Twitter where they have invented their own "Black Twitter." Older people look at the younger generation with dismay as they walk by chatting on their cell phones and texting messages. Some even do this while they are driving, swerving and nearly hitting dozens of cars. These kids seemed glued to their phones as if they possess a mystifying magical awe. They must really love that white man's network.

They may come up with popular memes and even do things online to become spectacles for a moment in time, but they will never organize effectively enough to provoke change. They will never create a movement powerful enough to be taking seriously, unless something "foolish worthy" becomes the topic of the day. And why should anyone take a movement seriously, when you using the social media of the very people that you are battling and claiming they are oppressing you. It's odd and rather disheartening once you think of how disorganized black people have become over the years. Black Twitter is testimony that black people will always be dependent on white people for technology, entertainment and mass media.

The Washington Post describes Black Twitter as "a virtual community ready to hashtag out a response to cultural issues." Atlanta Black Star even makes more of a mockery of the fad. They say that "Black Twitter is a force. It’s also not particularly well understood by those who aren’t a part of it. The term is used to describe a large network of Black Twitter users and their loosely coordinated interactions." How are these ideas of how black people behave not insulting?

White scholars are so fascinated with how compelled black people seem to be to depend on white social network media to service issues and matters that effect black people, they are studying the phenomenon. Even white people don't understand what Black Twitter is. And I'm with them!

I can only say one thing about Black Twitter. Black people depend too highly on a white owned network. Have we not learned anything about depending on white people? Who knows, perhaps we still have to learn. Besides, our favorite celebs use the site themselves. And we love making irrelevant people relevant.

George Zimmerman Could Be A Future Millionaire

A Massage Anywhere Spices Up Romance