Hip Hop Fashion: Hip hop comes from the streets anyway. So of course hip hop fashion comes from the imagination of the streets. Hip hop fashion is an expressive fashion that allows the youth (particularly inner city youth) to express themselves in ways that allow them to feel free. Because Hip Hop art form is an expressive art that is rebellious in nature, the fashion trends that it provokes are just as rebellious in nature. When you see a kid sagging his jeans past his waistline, he is not trying to be polite. He is actually putting his middle finger up at the world. It's that child's release about all of the things that are wrong within his society or culture. You can say that he is "keeping it real," and not pulling back any punches. No wonder Hip Hop quickly grew from an inner city music and culture to a music that children all around the globe would embrace.

When you see someone dressed in Hip Hop clothing, you can assume that they want to show their edgy side and embrace a fashion culture that is more daring. Maybe they want to show their attitude or just present a more care free nature. From tight skirts to sagging jeans, Hip Hop has become a mainstream in fashion which was embraced by such designers as Tommy Hilfiger, who admits it was accidental as well as highly profitable for him. Today Tommy Hilfiger is one of the most recognized mainstream lines of clothing.

Tommy Hilfiger endured an attack in the turn of the millennium about being racist and not wanting black people to wear his clothing. Regrettably, he never cleared up the rumor which was untrue, according to an interview he did over a decade later on the Oprah Winfrey Show. He admitted that his business suffered and that sales declined. Tommy Hilfiger was among the first mainstream fashion designers to embrace Hip Hop fashion culture, thrusting Hip Hop fashion to mainstream fashion. These women are dressed in trendy hip hop clothing that display attitude and style. Hip Hop fashion separates itself from other fashion styles of clothing because of the attitude that is expressed in hip hop culture.

Attitude that is expressed in hip hop culture.

These children are dressed in Tommy Hilfiger street wear, which is mainly noticed by overly large and loose clothing. 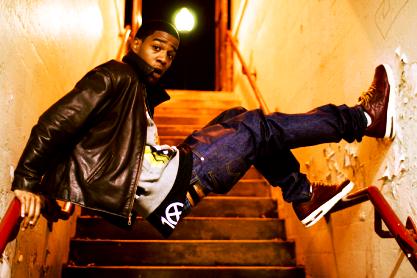 This Hip Hop artist is expressing attitude and flare with gaudy clothing that is overly colorful and saggy pants. (Note: Hip Hop dressing is attitude of youth culture being reflected through their clothes. Hip Hop fashion allows children to dress like gangsters or thugs, but most of them are just normal children.)

Often Hip Hop fashion may allow the youth to dress like gangsters or thugs which shows a rebelliousness towards their parents and to society. It's a direct punch in the face to domineering forces such as organized governments and anything that establishes rules which oppress the youth's freedom.

Black Girls Should Be Taught Self Love Early In Life