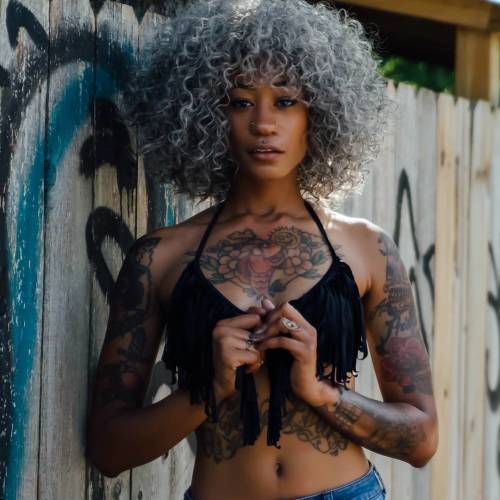 Candy Tattoo of ring lolipop, apple pie, candy apple, strawberry donut three layer strawberry cake and candy swirlCandy tattoos are colorful, eye-catching and bright. Some people overlook candy tattoos as their tattoo choice because they like the intrinsic meaning that certain tattoos imply. Usually when people get tattoos on their body, it is to make a statement or express a certain point of view. Candy tattoos can be a good choice. Candy tattoos are usually seen on woman because of their colorful, bright and friendly appearance. However, the trend is also popular among men as well. Woman with Candy Tattoos dressed up as dessert 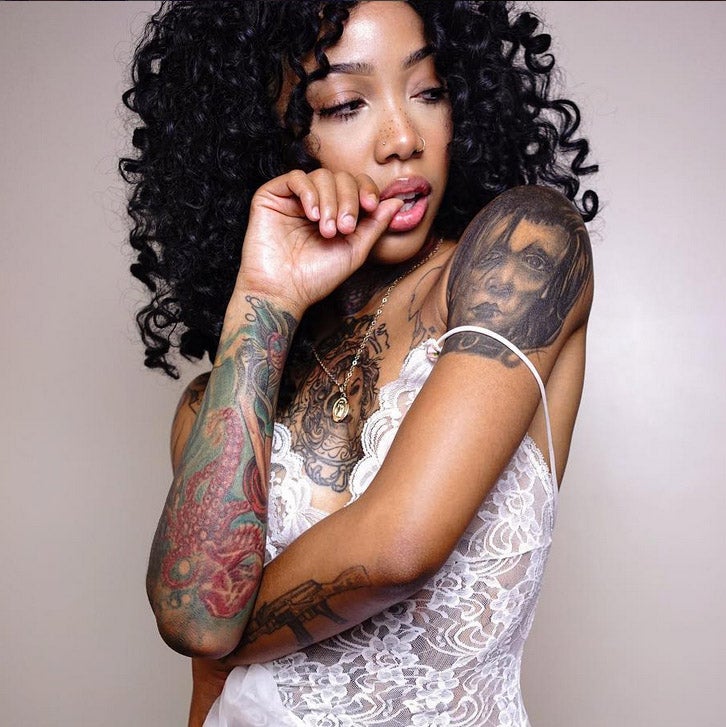 Woman with a variety of candy desserts such as cupcake, ice cream cone and other swirly candy treats on the side of her body 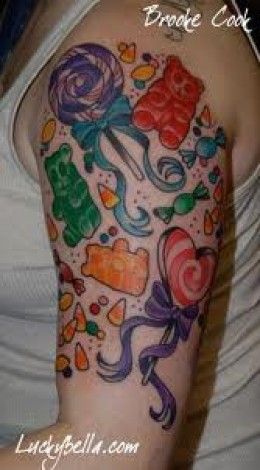 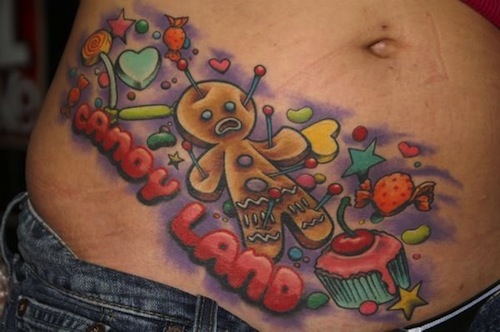 Woman with giant lollipop on her arm with swirling smaller pieces of candy and swirly linesWhat can be more sexy you on the woman than a picture of tasty candy? Viewing someone as a candy or treat can be very desirable. Certain designs that make up candy tattoos may include cupcakes, lollipops, candy canes, suckers, ice cream, chocolate taffy, tootsie rolls, peppermint or anything sweet and tasty. The candy tabs who may consist of one sweet or many sweets altogether to make the ultimate treat. In today's culture, many people may design their candy tattoos with several different combinations of symbols and elements. The beauty of tattoo art is that there are no rules. Getting candy tattoos will allow you to be as creative as you wish. 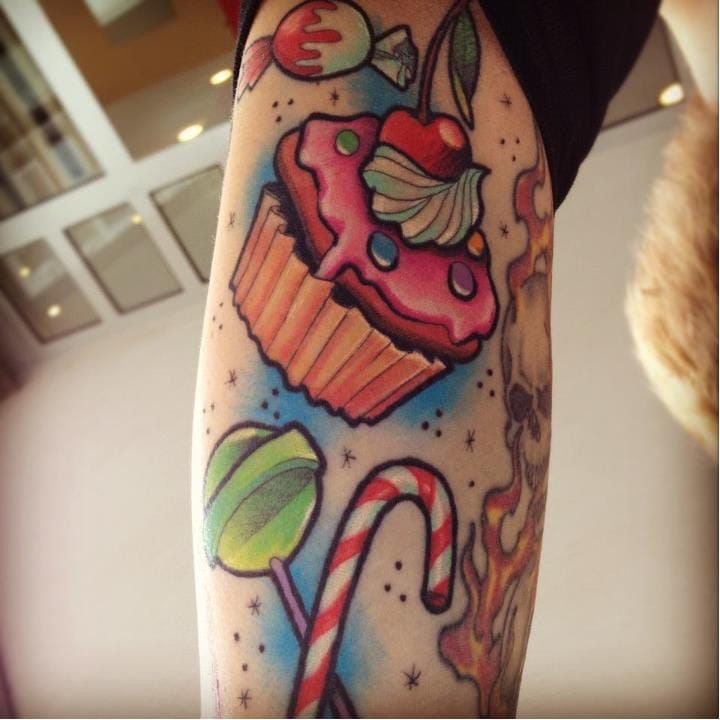 Woman standing by pole with silk red streak in her hair and Candy Tattoos covering up her right arm with pictures of cupcakes, strawberries, lollipops, and a variety of other candy treats 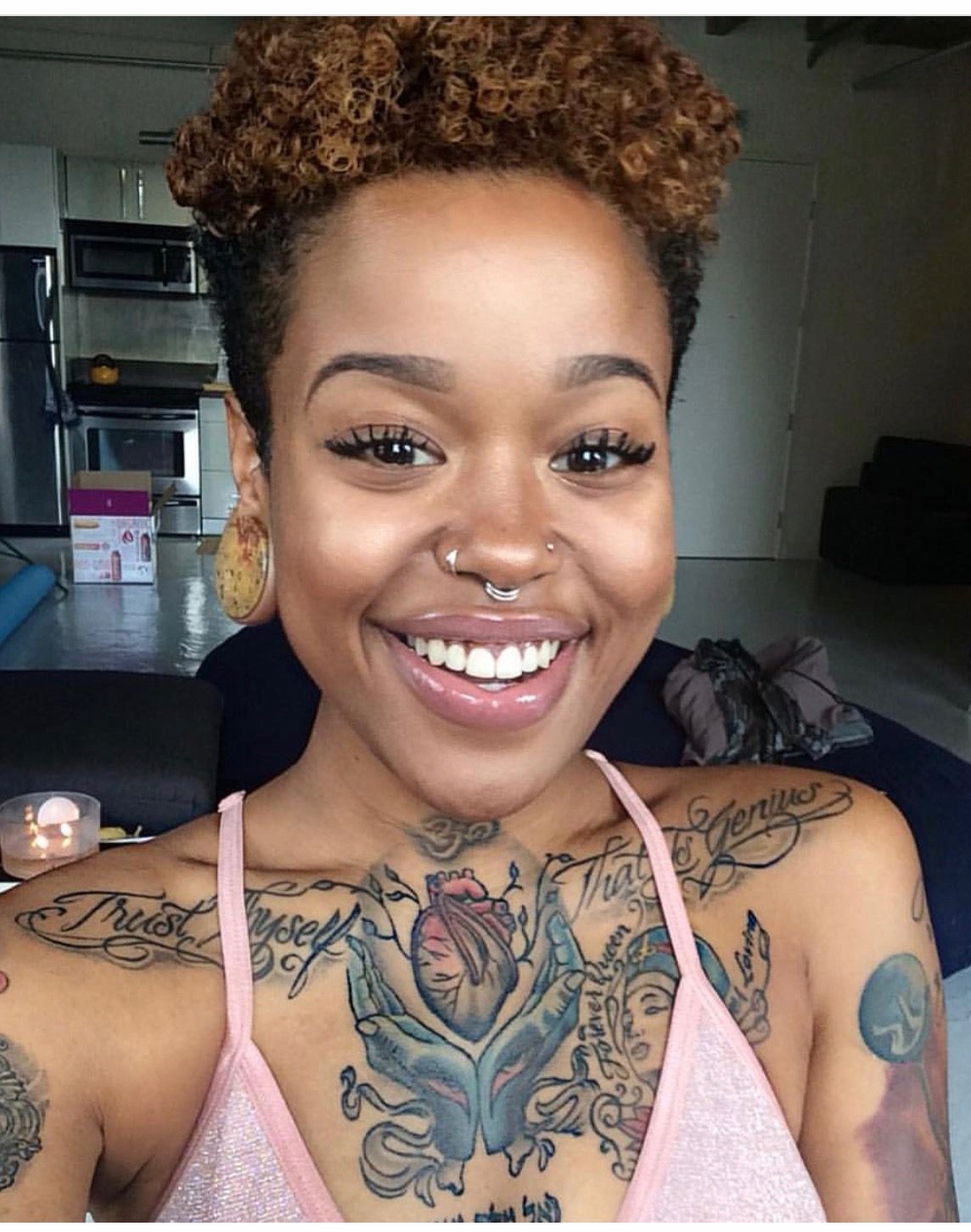 Woman with Nubian princess drawn on her left shoulder 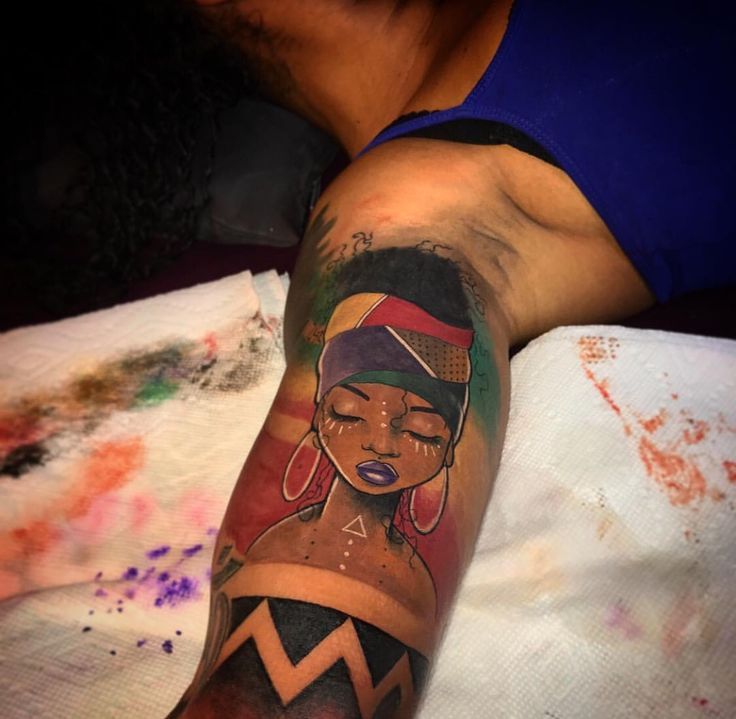 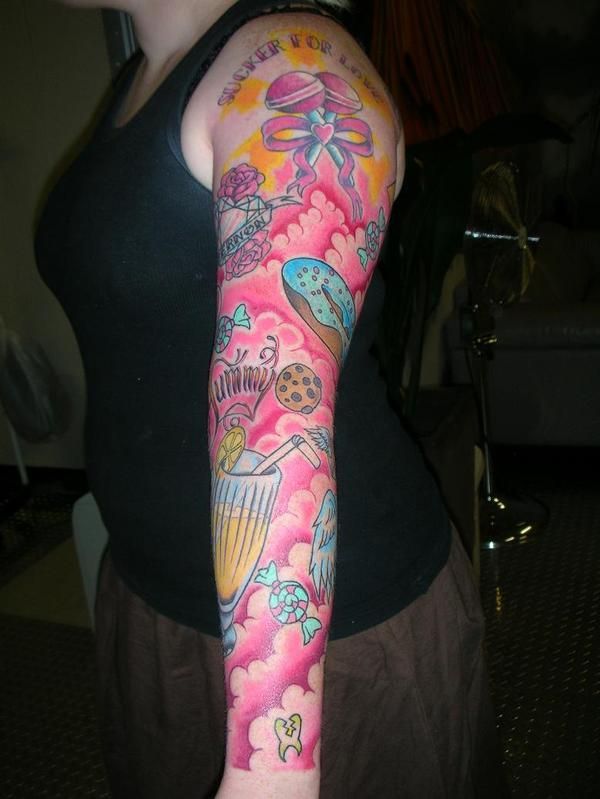 Hot sexy woman with candy treat tattoos on her arm and right side of her stomach on side of her body. 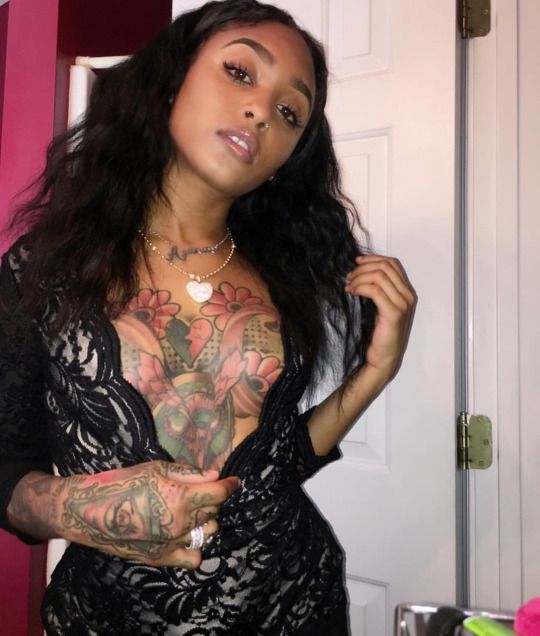 3 photo shots of Candy Tattoo on woman's arm with colorful artwork of a lady cartoon that is enamored with candy treatsThere are a ton of ways candy tattoos can be drawn on one's body. One great thing about tattoos is that they allow you to be as creative as you wish to be. A popular candy tattoo design is the cupcake and the lollipop. Throughout modern culture, lollipops of always felt this suggestive symbolic meaning. Cupcake candy tattoos are popular because it gives you different options to decorate your tattoo. Cupcake candy tattoos can be a design that consists of a whole bunch of different shapes, colors and sizes.Most tattoo designs don't just betray one symbol. Candy tattoo designs can portray a plethora of symbols and signs. The mistake some people make when they get tattoos are that they do not know what the design represents. If you are considering getting a candy tattoo design then you want to have an idea of what your artwork represents, or at least what it represents to you. Remember that tattoos are something that stay attached to you for the rest of your life. So if you get a candy tattoo, then make sure your candy tattoo is the best choice for you. 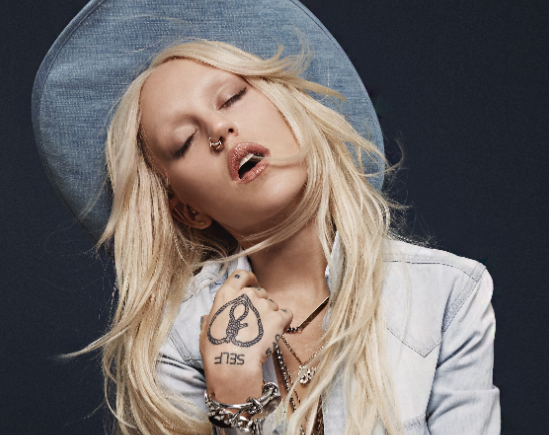 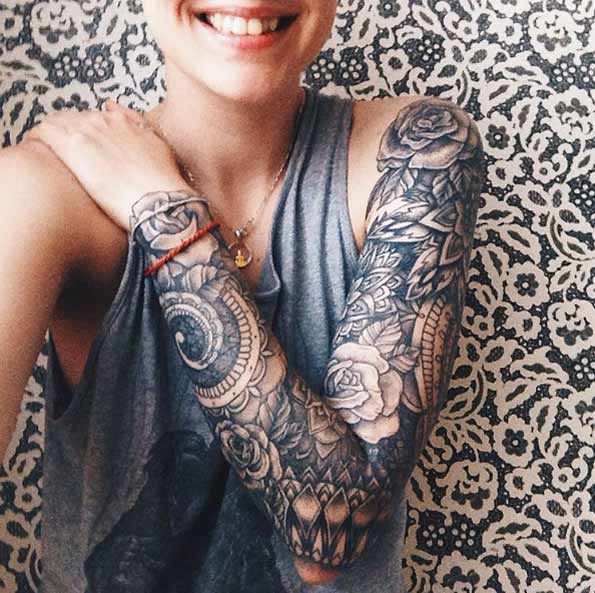 A woman's shoulder arm with candy tattoo of a cupcake with cherry on top of icing and hearts and stars at the top. There are two smaller pictures of a strawberry ice cream cone on one side and a lollipop on the other side as well as the words, "Sugar and Spice" going across the cupcake and underneath the words, "is just a bluff." Beneath that is a large picture of a red Jolly Rancher

A woman dressed up as a flower girl holding flowers with a red rose in her hair and a number of piercings below her bottom lip. She also has on huge black earrings, a piercing in her nose and more piercings on top of her nose centered between her eyes. Her body is a mirage of many candy tattoosYou may be excited about getting your new candy tattoo. Remember, once you get it drawn on your body becomes a part of you. It is something that you may wear for the rest of your life on your body. For that reason, make sure that your 100% confident about the tattoo that you get on your body. Right now, candy tattoos may be the best option for you. Consider if it will be the best option for you. 20 were perhaps 30 or 40 years from now. 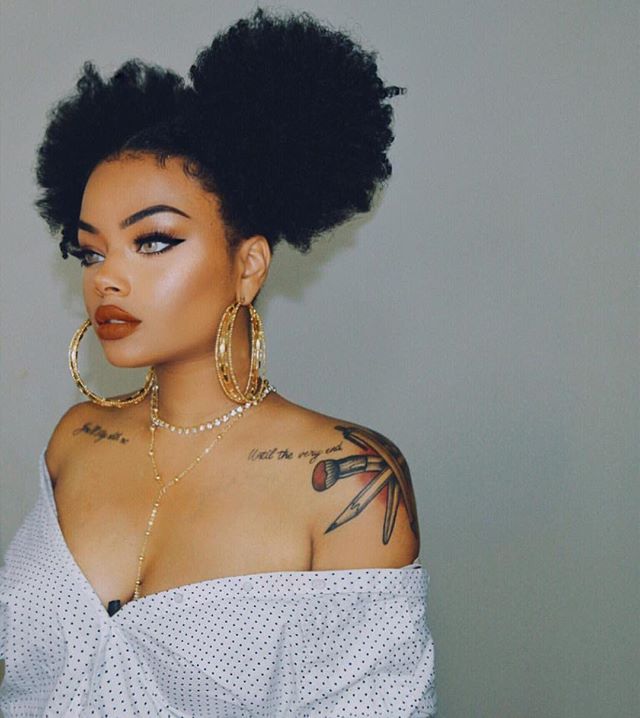 Someone's arm with a variety of candy tattoos that include a lollipop ring, a cupcake with a cherry on top of swirly icing, Jolly Ranchers and a string of sweetheart candy suckersIf you're ready to make a bold statement and express yourself through body art in the candy tattoo is undoubtedly for you. Your friends will be amazed and you're bound to get a lot of attention from this colorful tattoo. By having a candy tattoo on your body, you are sure to stand out and get noticed. 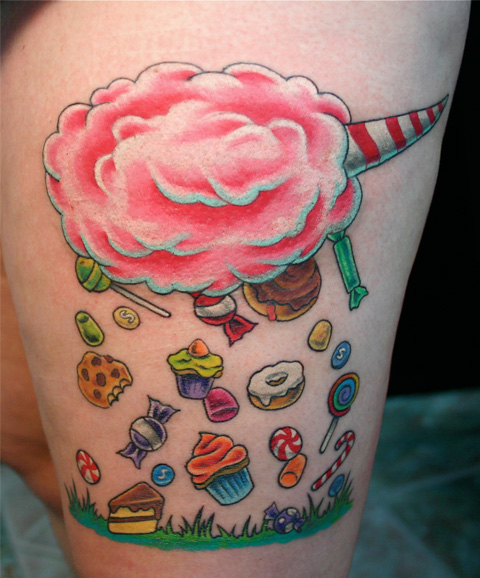 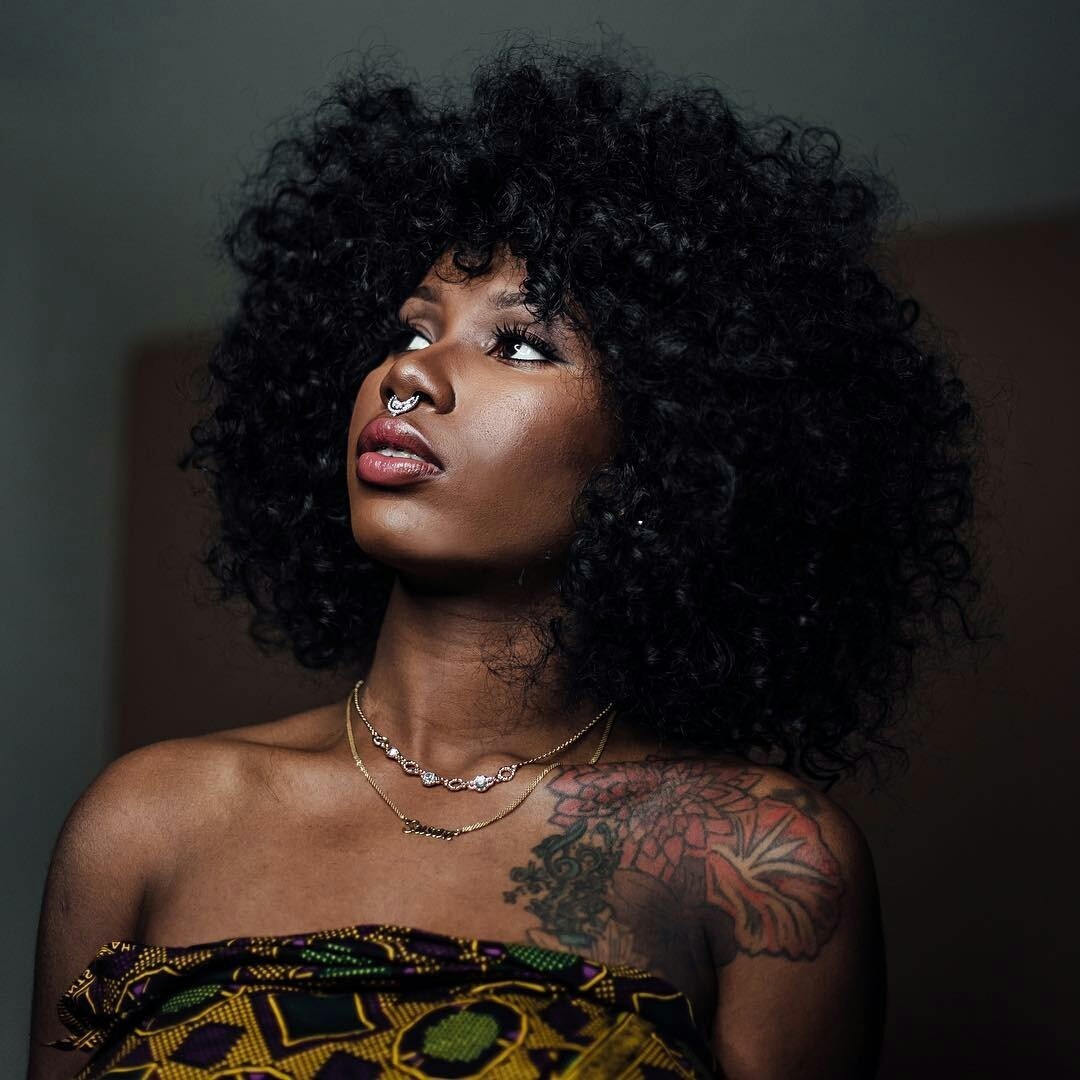 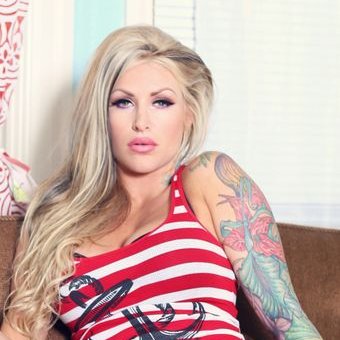 A naked women using a towel to shield her body reveals a collage of candy tattoos on the side of her body that include ice pops, Wonka bar, lollipops, heart shaped candies and a wide assortment of other delicious candies. 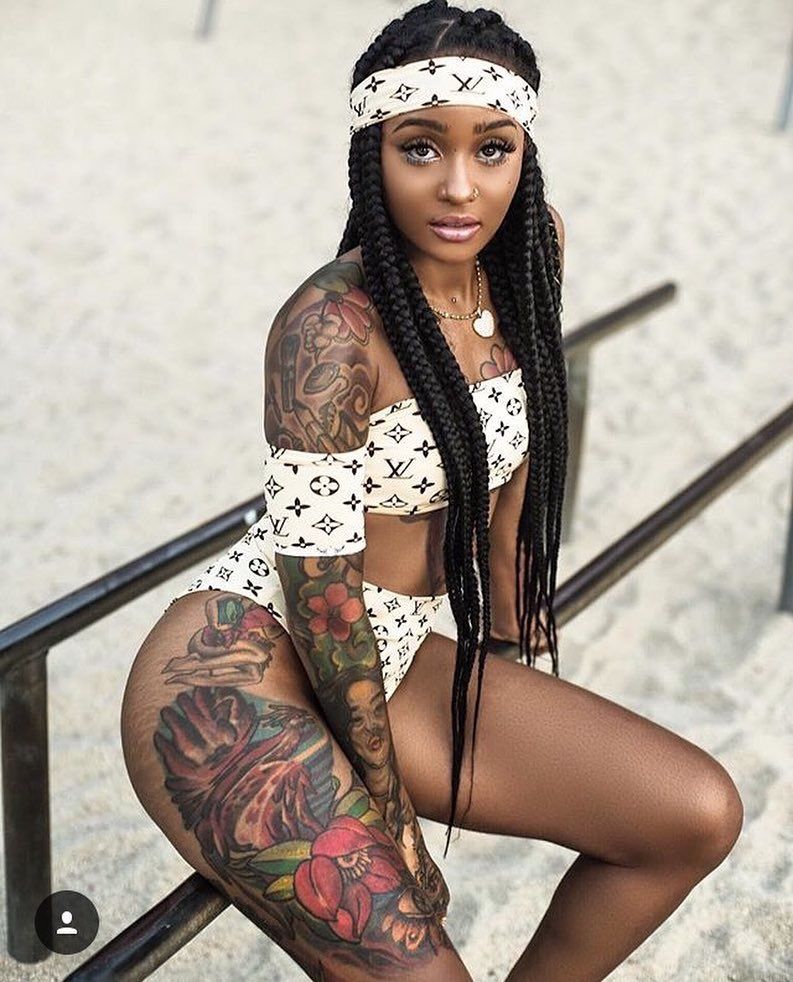 On the right backside of this woman's body she has a mirage of cakes, donuts, candy canes, cupcakes, lollipops and other candy treats 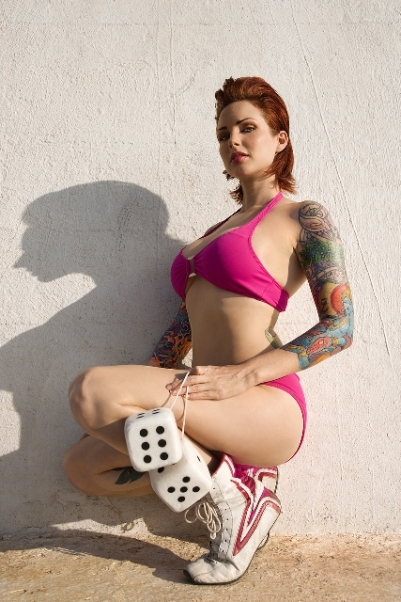 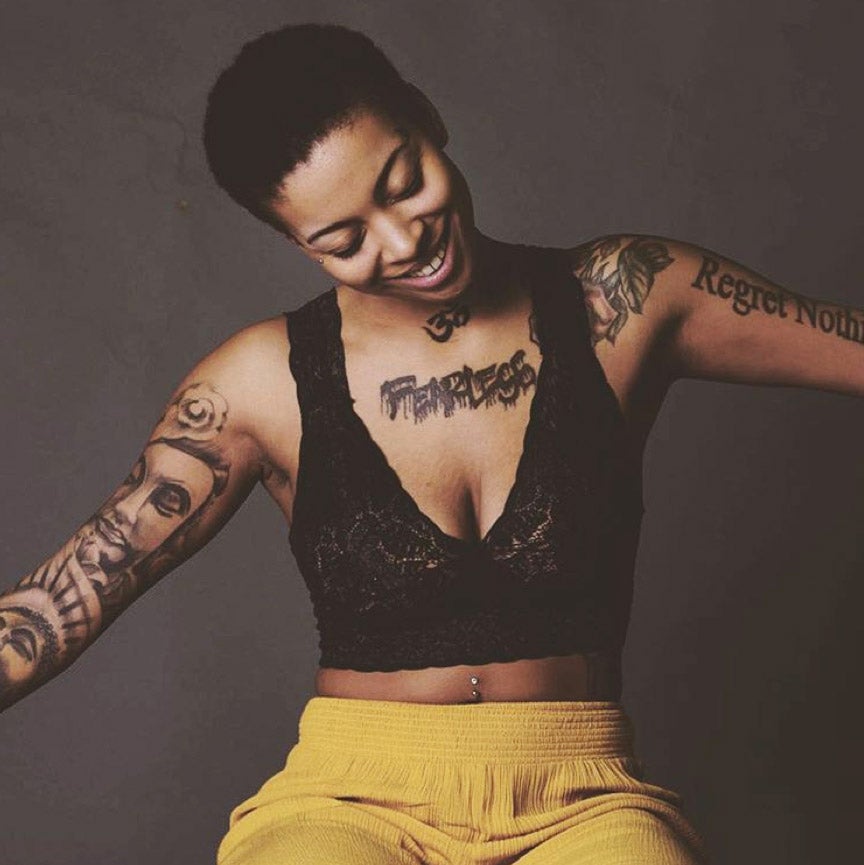 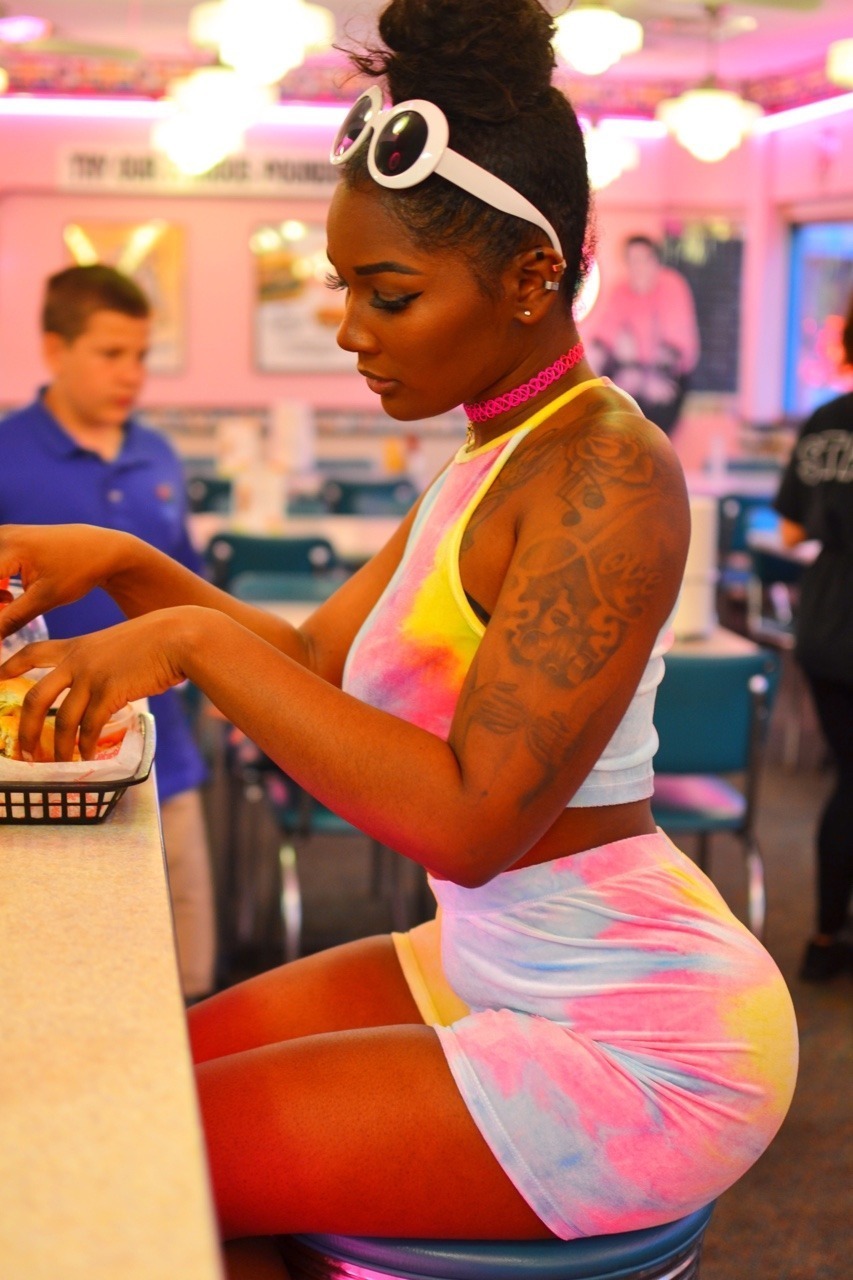 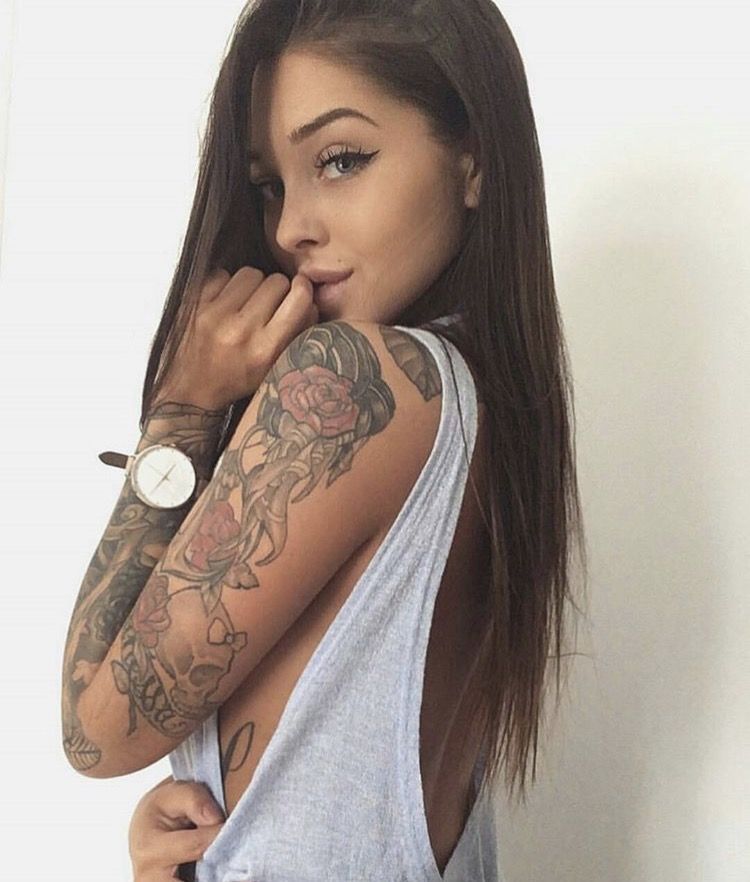 Hot woman laying on bed with tattoo on her thigh revealed 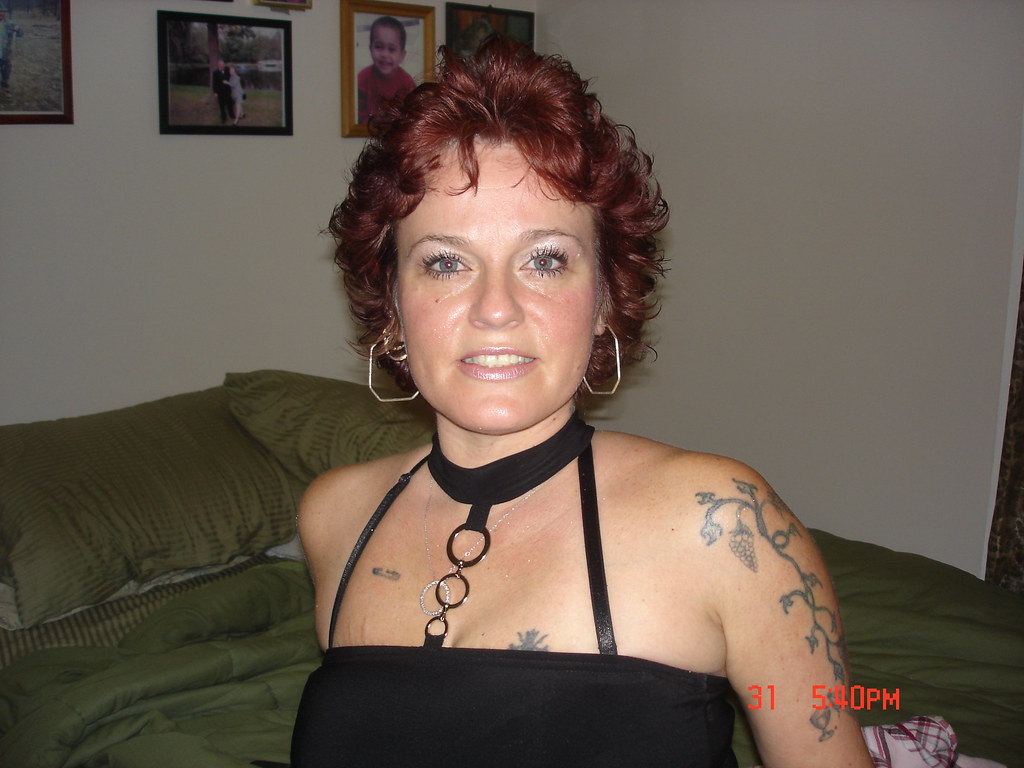 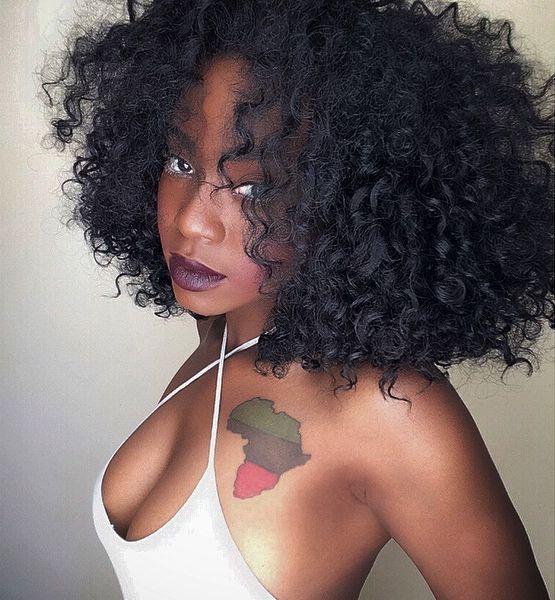 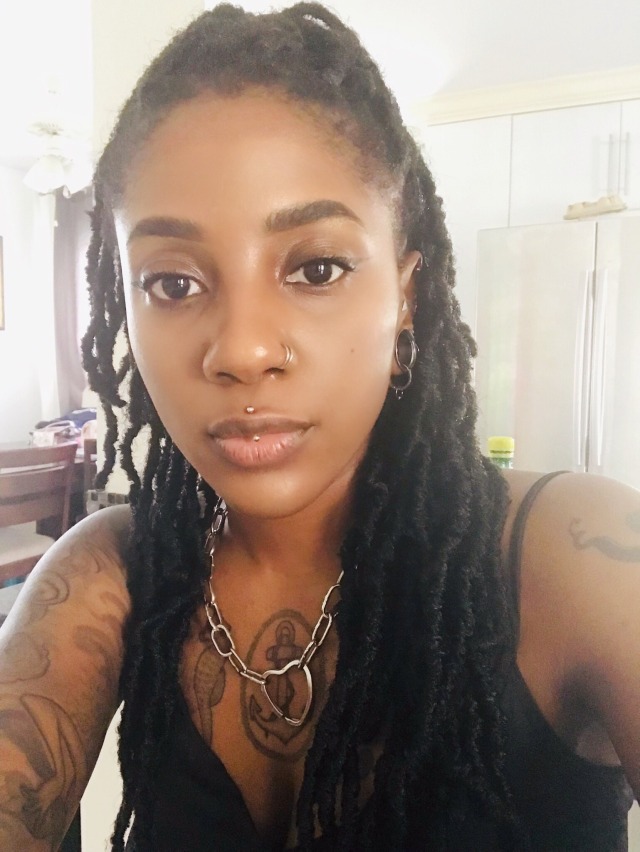 On someone's arm, a candy tattoo of a kid biting into a Wonka bar with a wide assortment of candy treats to decorate the artwork

On a woman's chest she has the words life is sweet and candy tattoos of cupcakes, twizzlers, hearts, bunny rabbits and clouds that encompass other wonderful candy treats 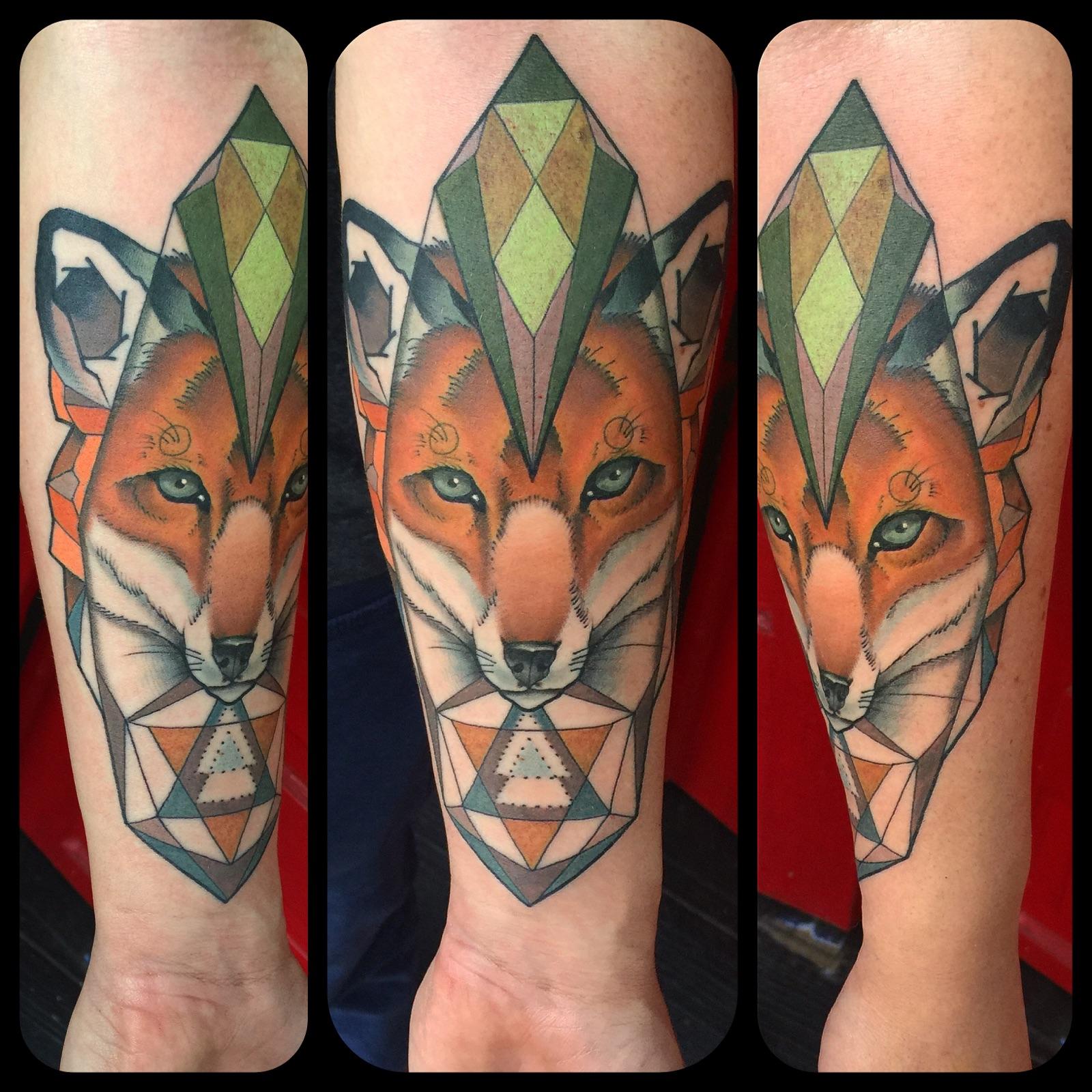 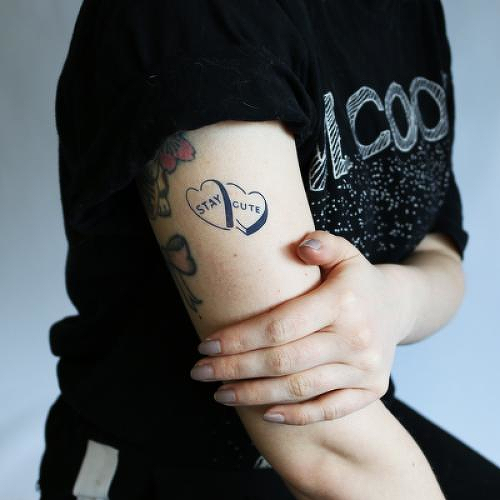 Wonderful candy tattoos of cupcakes on woman's feet. On her right foot there is a white cupcake with tasty candy that decorate her foot. On her left foot the cupcake has a skeleton's face buried in the icing and crossing bones in back of the cupcake that form an x.

Ethiopians Are Not Different From West Africans Historically - And They Knew It!