Creation Of Liberia - Remember When American Africans Repatriated To Africa

Creation Of Liberia. Very little is known about the people who inhabited the great African land that we call Liberia today, since the 19th century.

We do know that Liberia is Africa's oldest independent republic and that it dates back to 1822. US philanthropic organizations assisted in helping to establish Liberia as a home for former slaves. The inspiration to do this may have come from Britain's effort in settling former slaves in Sierra Leone. We have to keep in mind that these were not acts of friendliness or atoning for the misdeeds of slavery, however, done to ensure wealth and control for the global powers that were responsible for creating these African nations. Liberia and Sierra Leone have American and Britain control written over these societies. We also examine the abuse of these nations by the powers that helped to create them.

It was not Paul Cuffee's intent to create a nation that was controlled by outside regions who would greatly profit from the creation of these societies.  Paul Cuffee existed from 1759-1817. Cuffee was a wealthy Quaker of American African and Native American descent. 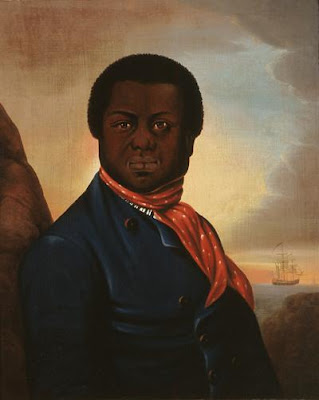 Paul Cuffee made his fortune in shipping. Paul Cuffee was one of the first people to support the concept of financing former slaves who wanted to leave the United States and settle in Africa. His ambition was to make one trip every year with settlers and cover the costs of the expedition by bringing back African produce for sale in the United States. In 1816, he carried through his plan and landed in Freetown, Sierra Leone, with nearly 40 former slaves on his ship, Elizabeth. He died the following year, and though his plans died with him, he was successful in convincing people of the viability of his project. Organizations such as the American Colonial Society made his dream a reality.

In 1817 the American Colonization Society was founded with the intention of resettling emancipated slaves and freeborn Africans. It was in 1821 when the society was able to purchase the area around Cape Mesurado, which was later renamed the settlement Monrovia. A year later, the first people arrived from the United States and in 1824 the name Liberia was adopted.

In 1794 the United States deemed slave trade illegal and immediately replaced slavery with prison reform. In the early 19th century the Grain Coast was suggested as a possible terrain for freed slaves. In 1818, which was less than 30 years after abolition, two US government officials journeyed across the Atlantic with reps from the American Colonization Society and held discussions with tribal chiefs. At first these talks were unsuccessful, but America didn't give up. A short time later, in 1821, an agreement was signed between the society and African King Peter, allowing the society to become the owner of the land. The next year, the first repatriation was formed where freed American Africans found their way home to Africa.

Obama pays Jewish reparations, but what about Black people?

The Most Gorgeous Men On Planet Earth Are Black Men

Black Social Networking Movement - Why Are They Important?