Why The Nubian Woman Was Also Considered A Nubian Goddess

Ancient Nubian women fought to defend the interests of their empire. These were warrior Queens. Worship of the Queen of all Goddesses called Auset, was mandatory. The spirituality associated with Auset was the most recognized religion in Nubia in as much as there existed. In the history of Nubia just like many other African cultures, Women were of great importance ,especially the Nubian royal women who were extremely powerful. Queens sometimes ruled Nubia on their own. Also, a King was chosen not for being sons to previous Kings but for being sons to the King’s mother or sister. Showing love to all the beautiful Nubian dark skin women of the world…Kingship was divine in ancient Nubia. The Kings acted as mediators between the gods and the people due to the divinity of the office. Therefore, women closely associated with a King, like the King’s mother and wife also assumed important roles. 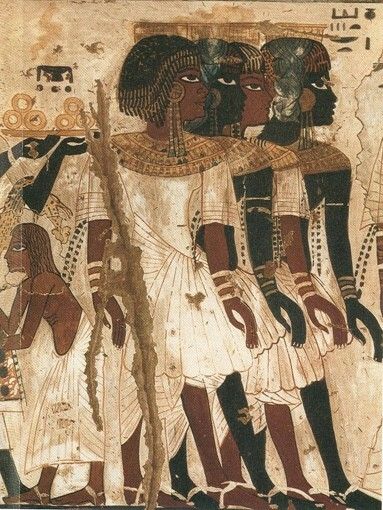 Ancient Nubian women fought to defend the interests of their empire. These were warrior Queens. Worship of the Queen of all Goddesses called Auset, was mandatory. The spirituality associated with Auset was the most recognized religion in Nubia in as much as there existed.  Ra was the god of the sun. Many rulers paid homage to Auset as she was considered the “Queen of All Gods, Goddesses and women.” The fact that great rulers’, men, and women included, could pay tribute to a Goddess allied to women is another indication that women had a powerful say in the daily running and affairs of the ancient Nubian society.  There were other rituals for the gods Heru, Ausar and Set, but Auset was the best of them and hence became the most popular cult in ancient Nubia (Milner, 9). The Queen also played an important role in politics as seen from the Kushite ancient tradition.  Royal powers were passed onto Queens thus, expanded the powers of the Queen, like Queen Amanirenas.  She led a battle and defeated three Roman cohorts.

The Nubian Queens were also given special distinction of assuming priesthood in the divine succession of Kings while in other societies of the time, there was no room for a maternal figure in succession procedures.  The Queens were most commonly portrayed at divine births for example, Queen Amanishakheto appearing before Amun. Women were allowed to engage in business, for example, they could manage, own and sell property including settling legal issues. This simply meant that women were given the right and privilege to be their own managers and bosses of their own affairs and not to depend on men for everything. Women were independent and self reliant because if someone owned property, then dependence became a gone case.  This meant that a woman had a right to a law suit in case she felt her rights were being violated or infringed upon. She also had the right to divorce.

Women in ancient Nubia were more represented in leadership and recognized and compared to other ancient societies like Greece and Athens, where women were there to be seen, but not to be heard. The fact that women could rise to leadership positions as Queens in ancient Nubia by virtue of their lineage, was very significant compared to other ancient societies.  Nubian Royal women could be associated with gods and goddesses.

This really elevated the position of women in this society. It is said that the King was the sign of leadership while the Queen was the symbol. This means that there was a very small difference between the men and women of the ancient Nubia.