South Africans are not attacking White people nor are they threatening to kick them out of South Africa. The opposite is true, unfortunately. They actually don't want white people to go anywhere because they control all the money and resources.

The truth of the matter is the story about white South Africans being attacked by Black South Africans and forced out the country is absolutely false propaganda towards the native Black Africans. Many news sources, including Yahoo are running a false story about them being murdered, beaten up and kicked out of their lands. Yet, as most of us rejoice, the narrative is completely the opposite.

This petition is calling on Trump to "take the steps necessary to initiate an emergency immigration plan allowing white Boers to come to the United States." Boer is the term used to identify Dutch, German or Huguenot descendants who have referred to themselves as Afrikaners once they invaded. 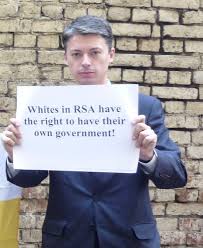 THe narrative the South Afrikan whites have been pushing is false propaganda, perhaps in a twisted attempt to form their own dominant government in South Africa where they make the rules. After all, the conflict inherent between the native Black South Africans and their white counterparts is about control. But the truth is, they have acquired wealth already which is a power in itself.

Their new president is a billionaire and it is not in his best interests to send white people anywhere, perhaps of fear that a similar situation could exist that happened in Zimbabwe where such incident really took place and later the white people were begged to come back and take over once profits from the farms faced a rapid decrease.

"White people here have been pushing a false narrative of a white genocide for years this is not new," states a South African native, upset that the lie is being pushed that South Africans are actually fighting white supremacy, when they are doing nothing of the sort. "We care way too much about investors to take the risk of land grabs," says the South African native woman.

"White people own our economy and booting them out would bankrupt us. The middle class in this country is very comfortable so they won't disturb that," said the source. "

Malema also said "the time for reconciliation in South Africa "is over," News.com.au reported. "Now is the time for justice," he said, adding, "We must sensure that we restore the dignity of our people without compensating the criminals who stole our land."

Many are trying to assert that seizing this land will hurt their economy even though the land was never theirs to begin with. 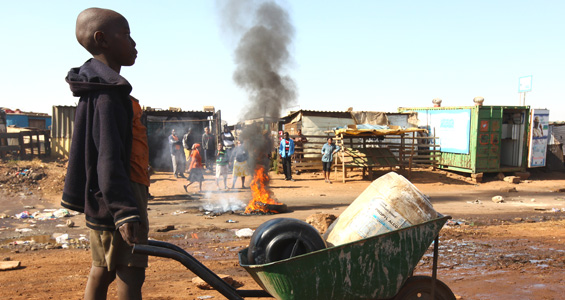 As it turns out the South African natives are not planning any sort of uprising against their white counterparts and many seem worried that they could leave and take their wealth with them, besides the fact that South Africa is one of the most wealthiest places in Africa and what drove white colonizers there to begin with.

Despite the South African government's assurances, creators of the petition demanding that Trump admit white South Africans into the U.S. as refugees claim land expropriation will "dispossess whites of their history, culture, farms, property and jobs, will inevitably lead to a complete genocide of South Africa's white population" if the U.S. does not "intercede."

President Trump recently made a comment referring to shithole countries and saying he doesn't want to let "those people" in his country.

Believe it or not, white people who mascarade as Afrikans have even built residences in which South African native people are not allowed in. South Africa has no concern to show an act of kindness which hasn't been shown to them on their own land. In fact, the invaders are lucky that they are not all burned alive.

I wanted to tell you a story about how the South Africans were waking up and fighting for their wealth and existence but truthfully, that type of story doesn't exist yet. 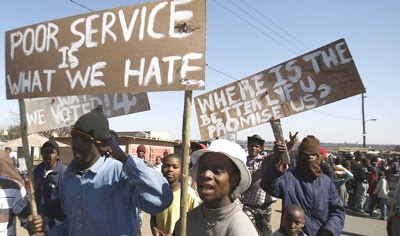 My source reports, "We Don't want to destabilize our economy whites have us by the balls."

According to my protected source, "Nelson Mandela sold our economy to whites that is why we can't kick them out!" The last thing they said was this, "We are comfortable. That is the thing!"

Beautiful Black Women Are Letting The Man Pursue Them

Timbuktu Was Once Africa's City Of Gold

Gay Is The New Black